For those of you interested in turn of the millennium computing and using old server operating systems: this page is about enabling HTTP transfer of NetBoot or NetInstall images to clients from Mac OS X Server Leopard.

When you enable the NetBoot service with an HTTP image the Web service starts automatically but in the NetBoot Overview you may see a red dot beside HTTP: 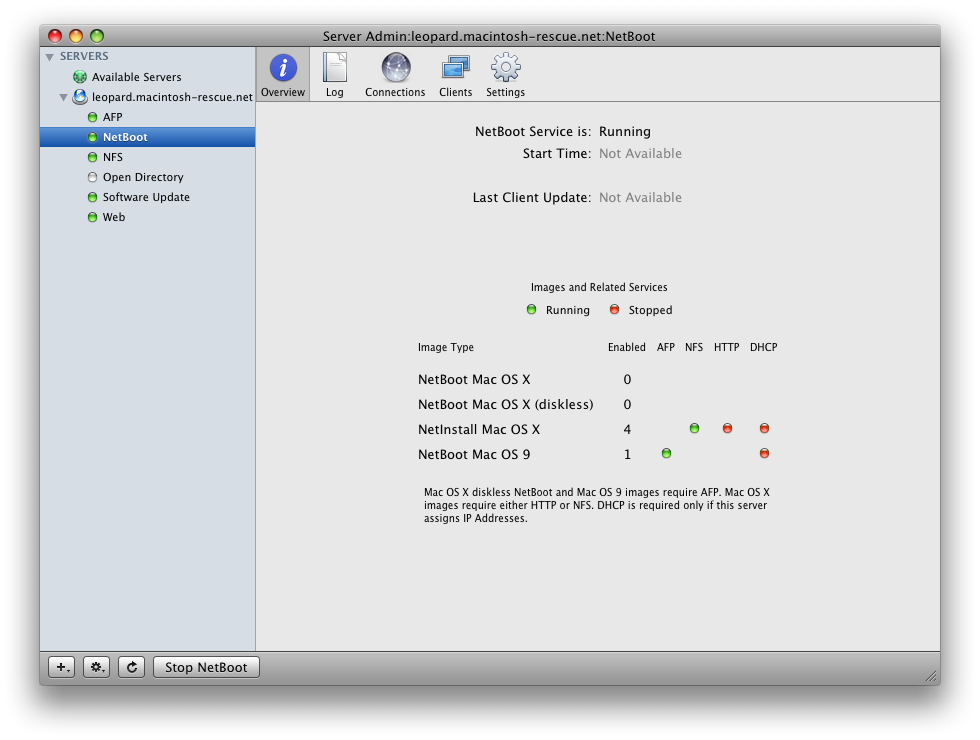 Having done some diagnosis including attempting to download a NetInstall image I noticed that the .dmg file size was incorrectly displayed in the folder listing, and it downloaded a a zero byte file. It turns out that the Web service Apache version 1.3 cannot provide files larger than 2GB due to some 32bit inheritance. Fortunately this is easily corrected by using an included upgrade within the Mac OS X Server Leopard system to Apache 2.2, which it is important to note is irreversible.

From what I can tell the need to upgrade to Apache 2.2 has not been documented by Apple, and this was not even mentioned in the training book.

You can run this server nicely in VirtualBox on a more modern Mac host, or on an old Apple Computer. There is no need to run this antiquated server if you don’t need to include the older AFP served images that were used before Mac OS X.